As the follow-up tweet to this says, Williams had these conditions cause he didn't want mainstream actors to marginalize voice actors in their own field, which is stunningly prescient cause that's exactly what has ended up happening

Disney has a long history of breaking their contracts by the way.

Robin Williams only agreed to voice The Genie in Aladdin for a reduced fee on condition that his name, image and voice not be used to promote the film or to sell stuff.

Disney broke their word on all counts. 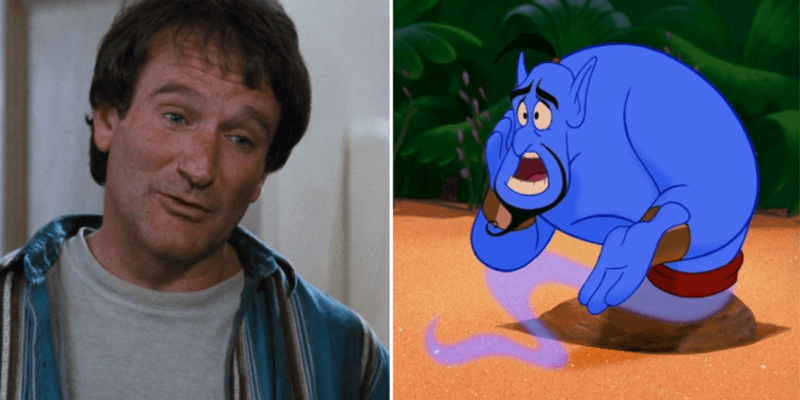